From TimesofSanDiego.com
By Nancy Gannon Hornberger 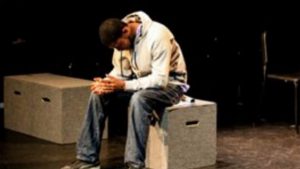 For decades, San Diego County has been at the epicenter of a pervasive domestic methamphetamine industry. Although no longer regarded as the “meth capital of the United States,” San Diego remains on the front line of the meth epidemic.

Knowing people who have suffered from meth addiction and death is part of my personal and professional experience. I have friends and colleagues who have lost loved ones — including teenagers — to meth, or have lost children, spouses, and friends to the justice system because of the ravages of meth addiction.

At SAY (Social Advocates for Youth) San Diego, we hold a vision of opportunity, equity, and well-being for all San Diegans. Our team takes a public-health-focused approach to raising awareness, increasing prevention, and reducing misuse and abuse of alcohol, tobacco, and drugs, through community collaboration and empowerment.

SAY San Diego’s commitment to collaboration inspires “Do Something About Meth,” our creative partnership with the U.S. Attorney for the Southern District of California and the Playwrights Project. Together, we’ve commissioned, developed and produced “Other People’s Kids,” a play written by Mabelle Reynoso. “Other People’s Kids” tells the true stories of San Diegans caught up in the inter-generational web of meth addiction. With candor and empathy, the play examines the painful struggles of addiction while offering a message of hope.