To address the needs of vulnerable students, SAY will launch Girls Circle, an evidence-based program that employs a strengths-based approach rooted in relational-cultural and resiliency theory. The Girls Circle curriculum is comprised of thirteen guides including topics such as friendships, relationships, setting boundaries, coping skills, effects of drug use, reaching goals and self-care. Girls Circle will take place at SAY’s Serra Real Connections (SRC), a thriving family resource center on the Serra High School campus in San Diego that collaborates with community stakeholders to serve over 1,000 youth and their families annually through mentoring, academic support, youth leadership and development programs, workshops, and parent education and engagement. Girls Circle groups will be facilitated by highly qualified female Healthy Start program staff and co-facilitated by social work interns from partnering universities.

In order to provide youth enrolled in our Prime Time after school care with the chance to experience teamwork and fun during the critical “tween” years, SAY San Diego will launch a Middle School Youth Sports League for 150+ students so they can play their peers in team sports such as flag football, soccer, basketball, and more. The majority of youth enrolled are with us from 2:00 – 6:00pm each school day, or 20+ hours per week, while their parents work. We want their significant time with us to be fun and impactful. Unfortunately, intramural sports leagues are simply not an option for most children of low-income, working class, and single-parent families due to the financial- and time-demands that come with securing uniforms, taking off work to drive the youth to games, providing snacks for the team, and so on. Now our youth don’t have to miss out on the transformative experience of joining a formal team!

The SDMFC brings attention to serious issues experienced by military families in order to develop solutions and make a positive impact in San Diego. For example, SDMFC launched the “Community Prevention and Safety Alliance” to specifically reach youth and teens from military families struggling with problems such as substance abuse and behavioral challenges at school. Additionally, SDMFC completed an academic study to asset map the military and veteran service organizations across San Diego County. In partnership with the University of San Diego (USD) and the San Diego Veterans Coalition, the SDMFC orchestrated “Community Conversations” to convene service providers and military families in order to inform the report published by USD, “Pathways and Intersections in the Military Lifecycle: How San Diego Supports the Military and Veteran Connected Community.” For the project, 109 agencies and 162 unique individuals informed a map of services and identified gaps in services for military families. The study is here: http://sdmilitaryfamily.org/sdrvfws-report/ 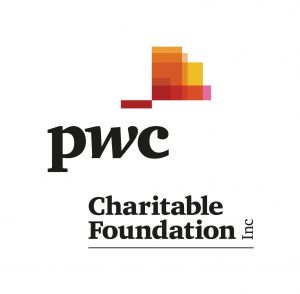 A grant from the PwC Charitable Foundation, Inc. to SAY San Diego will allow us to equip middle school students with the STEAM education they need to succeed. We are excited to use PwC’s Access Your Potential ™ (AYP) technology curriculum, and engage PwC US volunteers, to reach 450 middle school youth in our after school programs at Bethune, Darnall Charter, Farb Middle, Innovation Middle, Lewis Middle and Standley Middle schools! Additionally, we will hold two community events in the Central and Southeastern regions of San Diego to inspire young people to pursue STEAM careers. The events will include interactive STEAM activities and will feature San Diego tech leaders, and CODE-E, PwC’s AYP robot. We are so grateful to the PwC Charitable Foundation for this opportunity! 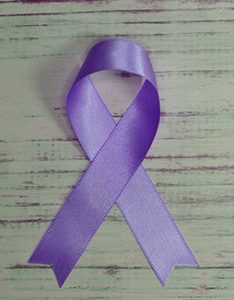 In the minute it takes you to read this, another 20 people in the U.S. will have been subjected to domestic violence. According to the Center for Disease Control, nearly 1 in 5 women and 1 in 7 men report having experienced severe violence from an intimate partner in their lifetime. At SAY San Diego, we strive to improve health, wellness, and social outcomes for victims of domestic violence by providing counseling and case management that leads to safety planning, refuge, and hopefully an end to the violence.

Reducing domestic violence is not limited to programs and services. By recognizing domestic violence as a life-threatening issue, we can help stop the cycle of abuse. If you or someone you know needs someone to talk to, please contact the National Domestic Violence Hotline: 1-800-799-7233 (SAFE), direct them to the San Diego Family Justice Center, or SAY’s domestic violence resource page. 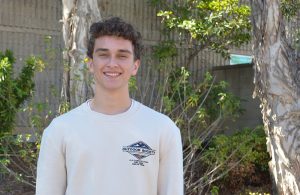 “I’ve known kids who you’d never think would use a substance, let alone be addicted, but I see it,” says Jack, a senior at Serra High School in Tierrasanta and a youth leader with SAY’s Club ELEVATED.

Today the products, issues, and hazards related to substance abuse prevention are changing rapidly. Despite an overall decline in youth use and abuse of alcohol, tobacco and other drugs, liquid nicotine, e-cigarettes, vaping, and easy access to marijuana have created a need for increased prevention and awareness.

Club ELEVATED trains and supports youth in substance abuse awareness and peer outreach for prevention. Like many teens, Jack could’ve simply kept his head down, ignoring the actions of those around him. Instead Jack realized he had an opportunity to guide his peers down a positive path. Along with more than 40 other SAY youth leaders, Jack regularly speaks at school assemblies, town halls, and youth leadership conferences, teaching peers, parents, concerned adults, law enforcement, and others about ways to prevent and reduce access to drugs, alcohol, and tobacco.

Jack knows that attempting to shock a teen with statistics rarely works and that community-wide action is needed, including environmental and policy change. He sees results from helping his peers to consider potential repercussions. “I try to provide little nuggets of knowledge, because as kids we’re always thinking, and there’s going to be a time when a friend thinks about what I’ve said and ultimately makes the right choice,” he reflects.

“A lot of kids just follow the crowd or stand on the sidelines. But taking an active role really gives you a passion and a driving force. It’s cool to see a group of like-minded strong individuals, using our skills for something as great as Club ELEVATED and SAY San Diego,” says Jack.

SAY San Diego partners with youth and communities to empower those most affected to make changes in areas of their greatest concern. SAY has supported youth, like Jack, out in the community, leading prevention education, and informing policy change, for more than 20 years, ahead of what we often see in the news. Because our youth leaders connect with other young people, parents, and elected officials with expertise and firsthand experience, they are uniquely impactful in changing and saving lives. 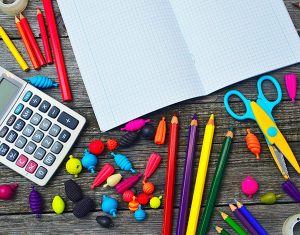 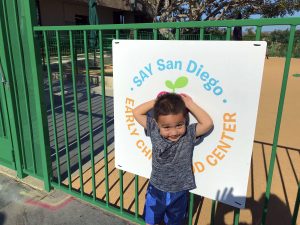 Click here for a sneak peek of the Early Childhood Center and to hear from a SAY program director and mom who can’t wait for the grand opening. 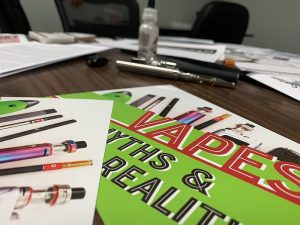 With teen vaping on the rise, local schools are calling on SAY San Diego to provide prevention seminars to students. Mary Baum, SAY’s Senior Program Director for Alcohol, Tobacco, and Other Drug Prevention, says that in light of recent vaping-related illnesses, far more schools have contacted SAY San Diego this fall to provide trainings and seminars than in past years. Mary spoke with KPBS about the alarming trend of teen nicotine use. 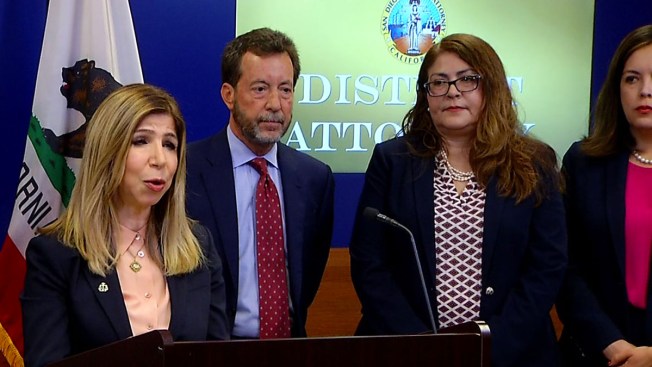 SAY is proud to partner with the San Diego County District Attorney on the Community Justice Initiative. Participants who complete 12 hours of Cognitive Behavioral Therapy (CBT) classes along with four hours of volunteer work, have their cases dismissed and records sealed. The innovative program is already demonstrating strong success rates, and puts participants ranging in age from 18-80 on a positive path. SAY San Diego’s Laura Soto oversees the CBT classes for the initiative in the North, South, and East County regions. 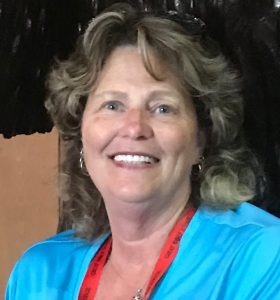 Dannette and her husband have been happily married for 43 years. With their three children now grown and having families of their own, they made a reasonable assumption that they were done parenting. That changed when their granddaughter came to live with them last April. Dannette quickly realized there was a lot she didn’t know about being a parent in today’s world. Thankfully she was introduced to SAY San Diego’s Project KEEP program through the San Diego County Foster Parent Association.

Project KEEP provides support and education for foster parents and kinship caregivers, designed to improve their children’s behavior and decrease family stress. Many caregivers are grandparents like Dannette, who are learning to raise kids again with approaches very different from when they were raising their own children.

Dannette says, “Project KEEP taught me how to speak to my granddaughter on her level, how to set boundaries, and teach her about consequences. Before she came to live with me, her life was chaotic. SAY helped me understand that I was only adding to the chaos when I would raise my voice.” These days Dannette is able to show her granddaughter that there’s a benefit to doing simple things like putting her shoes away. She has a chore chart and loves checking tasks off the list. “The tools I learned through Project KEEP are invaluable,” says Dannette.

Dannette feels that kinship families often slip through the cracks and simply don’t know about available resources. She is grateful for the skills and resources she learned from SAY and Project KEEP and always has flyers on hand so that she can share information with those who need it. She continues to seek out information that will help other foster parents and kinship families, and has been called “the Grandma with all the resources” on more than one occasion.

With summer coming to a close, Dannette is preparing for a busy fall. Not only is her granddaughter back to school, Dannette is about to become a full-time student herself. “I’m going back to law school so that I can be an advocate for other kinship families. I think everyone can benefit from parenting assistance and I just want to pay it forward.”

There is a new wave of scammers targeting SDG&E customers using the same tactic – threatening to turn off your power unless you immediately pay a past-due bill. SDG&E will not call a customer and demand payment on the spot. To learn more tips on how to avoid scammers, visit sdge.com/scams. #sdge #energytips4u ... See MoreSee Less

If you are having trouble paying your bill, don’t hesitate to call our Customer Contact Center at 1-800-411-7343 to make payment arrangements. To learn about additional programs that can help you ma...
View on Facebook
·Share

Share on FacebookShare on TwitterShare on Linked InShare by Email