From The San Diego Union-Tribune
by Bryce Miller 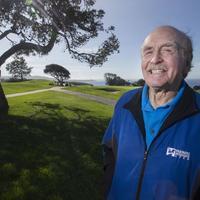 Round after round, Bob Steber showed up – as Swiss-watch steady as the bordering Pacific.

Since the moment the tournament now known as the Farmers Insurance Open blasted its first tee shot at Torrey Pines Golf Course in 1968, Steber has been there.

He found the paint-peeling rocket John Daly ricocheted off the stands on No. 18 under a small table at a merchandise tent. He stood sentry over Phil Mickelson’s ball as a national TV audience watched Lefty mop up a playoff win in 2001. He hovered just eight feet away as Craig Stadler infamously kneeled on a towel under a tree in 1987, leading to a disqualification unlike any other.

The 80-year-old volunteer will walk onto the course one more time, later this month, as part of the 1,000 living, breathing cogs that keep a tournament like the Farmers Insurance Open chugging.

Then Steber will step away from the event that began as the San Diego Open at the San Diego Country Club in 1952. He caddied at the tournament that year, by the way.

Steber is both walking historian and part of the history itself at the PGA Tour stop.

Chula Vista’s Bob Steber has volunteered at the Farmers Insurance Open each year since it moved to Torrey Pines Golf Course in 1968. As part of The Century Club’s Champions for Youth campaign, Bob is competing in the PGA Tour’s Volunteer Challenge. His charity of choice? SAY San Diego! If Bob collects the most votes by 11 a.m. on January 28, SAY will receive $10,000 in Steber’s name.

from Voice of San Diego
By Sarah Beauchemin 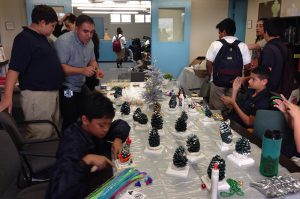 One of the most rewarding aspects of the holiday season is the increased attention and care that’s given to our communities, especially to those in need.

That’s why The O’Farrell Charter School is dedicated to giving back to the community – and to its families – in many ways.

“During the holiday season, reaching out and giving to others helps our students understand they’re part of a larger community,” said Anne Mathews, The O’Farrell Charter School’s principal. “They recognize that their acts of kindness help others.”

There are numerous ways in which OCS students can get involved with helping their community, from participating in the holiday canned food drive to buddying up with younger classmates to make gifts for family members.

from The Network for Social Work Management 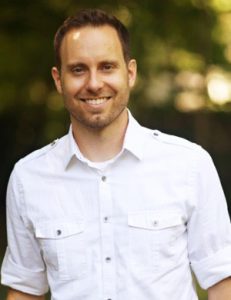 Joe Buehrle, MSW, is Vice President of Organizational Planning at SAY (Social Advocates for Youth) San Diego. He has a myriad of experience working with diverse populations as a creative community organizer and social justice advocate. Joe Buehrle is interested in multi-sector approaches to advance collective impact strategies and bring sustainable social change.

Tell us about your path to management:
I landed in social work because I knew I wanted to work in human services and the versatility of the field provided me the comfort of knowing I would not be locked into just one type of work. I got my BSW and worked in foster home licensing for four years and then clinical case management for a year. When researching graduate programs, I knew that my long-term career goal was not to do one-on-one clinical work or therapy. I was interested in communities, community development and systems change issues. I applied and got accepted to the University of Michigan where they had a social systems emphasis which both deviated from the traditional management route and the clinical route, but, was on par with my interest in community development and community engagement. During my graduate program, I was part of the Community Based Initiative Fellowship that placed me in Detroit for my internship. There I worked in low income housing and resident engagement where I really loved the work that I did and learned a lot. After I finished my program, I moved to San Diego and served as the Director of the Military Family Resource Center at SAY San Diego for seven years. As Director, my time was split between coordinating the family center and being the facilitator to the military family collaborative, which brought together over 100 organizations that served the military and their family. A few months ago, I was offered the position I hold currently as Vice President of Organizational Planning for SAY San Diego. SAY San Diego is a comprehensive multi-service agency that serves infants through adults with various programs and support. 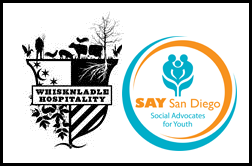 San Diego CA (October 24, 2016)—To kick off the holiday season, the well-known hometown San Diego restaurant group Whisknladle Hospitality is donating a day of earnings to 45-year-old hometown youth, family, and community service nonprofit SAY San Diego. 2016 marks the second year of the Whisknladle drive for SAY San Diego. In 2015, Whisknladle raised nearly $10,000 for SAY at the “Day of Giving” event. Arturo Kassel, Partner & Chief Executive Officer was delighted by the results in 2015 and hopes 2016 is an even bigger fundraiser for SAY. “We’re pleased and honored to be working once again with SAY San Diego for this year’s Day of Giving fundraiser. It’s a wonderful opportunity for us at Whisknladle Hospitality to give back to the community and support an organization that’s doing such incredible things in our community. There are a lot of families in San Diego County that benefit from the many services provided by SAY and we’re happy to help with their efforts in any way we can.”

END_OF_DOCUMENT_TOKEN_TO_BE_REPLACED

In an effort to put the brakes on sobering statistics related to teenagers driving under the influence, researchers at University of California San Diego School of Medicine will join forces with the San Diego Police Department (SDPD) to reduce alcohol-impaired driving among San Diego youth ages 15 to 20…

…To further support teens in making the right choice about drinking and driving, SDPD and Social Advocates for Youth (SAY) San Diego will collaborate with UC San Diego School of Medicine to deliver sober driving education at local high schools and implement a social media campaign focusing on prevention and intervention strategies.

END_OF_DOCUMENT_TOKEN_TO_BE_REPLACED

In some ways, the students Nicholas Griffin tutors as a volunteer with SAY San Diego’s Reflections day treatment program are a challenging bunch. Some of them have mental-health or substance-abuse issues. Others are dealing with serious family problems. All of them are on probation.

They are also just kids, teenagers who need some help navigating the choppy waters of geometry, grammar and growing up. Griffin has been there, and he can do that.
END_OF_DOCUMENT_TOKEN_TO_BE_REPLACED

There are times when carving out some time to play like a kid are important, and Brent Doud is someone who believes in having more fun. As one of the creators of Ladder Golf, a lawn game sold through his company Tosso.com, he’s in the business of getting people to play all sorts of games. Next month, he’s teaming up with local nonprofit, SAY San Diego, to fill their annual fundraiser with fun in the form of giant lawn games.

“We are thrilled to have Tosso.com as our partner and official game sponsor! Tosso.com and its founding CEO, Brent Doud, truly embody the spirit of Play 4 SAY – they are inventive, promote healthy outdoor fun, and while they have global reach, they’re also committed to helping urgent needs right here at home.” said SAY San Diego’s CEO Nancy Gannon Hornberger